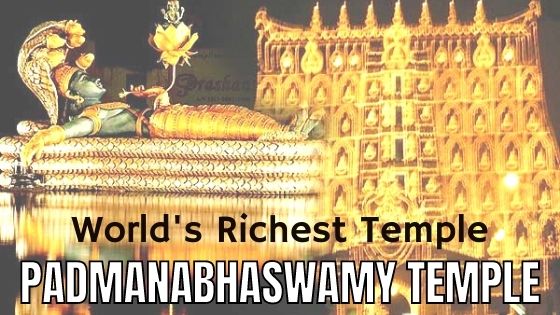 The mother of all supernatural sites, the World Richest Temple Sree Padmanabhaswamy temple is located inside the east fort of Thiruvananthapuram, Kerala India.

The name of this city is taken from the presiding deity of the Sree Padmanabhaswamy temple which is also known as Anantha – the Padma means Lotus, Nabha refers to the Navel and Swamy means Lord. The meaning of Thiruvananthapuram – the Land of Sree Anantha Padmanabhaswamy. This temple is known for its beautiful Dravidian Styles of architecture and its mystery of Vault B.

Entry Fee: No Fees is needed to enter the temple

Best time to Visit: Any time during the year. The origin of this temple is lost in oldness but the present structure of Sree Padmanabhaswamy temple was built in 1731 by the King of Travancore, Raja Marthanda Varma. Since this temple has been run by the trust headed by the Travancore Royal Family.

According to the legends, this temple is located at a place that is considered as one of the seven Parasurama Kshetras.

Some well-known scholars, writers and historians stated that this temple was constructed on the first day of Kali Yuga.

The architecture of Padmanabhaswamy Temple:

The main attraction of this temple its Dravidian and Kerala style architecture. The interiors of this temple are decorated with beautiful murals and Paintings. The sculpture of Lord Vishnu in the reclining posture, Narasimha Swamy, Lord Ganapati, and Gaja Lakshmi are the best things to see in Padmanabhaswamy temple. Another structure that seeks visitors attention is the Navagraha Mandapa the ceiling which displays the nine planets. The halls, corridor are decorated with beautiful sculptures of various Hindu deities. The main deity of the temple is 18 feet long.

Timing is subject to change during festivals and other special occasions.

How to Reach Padmanabhaswamy Temple:

By Train: You can easily get trains to reach Trivandrum from other major cities of India. Trivandrum Central Railway station is located just 1.4 KM away from Padmanabhaswamy temple. From there you can use an auto-rickshaw.

By Flight: Trivandrum International Airport is located just 4 KM away from the temple. Auto Rickshaw is the easiest and affordable way to reach the temple from Airport.

1. Only Hindus are allowed inside the temple.

For men: Men should wear dhoti, shirts are not allowed. Nowadays authorities allowed wearing dhotis over pants for the convenience of Pilgrims. You can rent dhotis from the entrance of the temple.

For women: Women need to wear sari, neriyathum, skirt and blouse or half sari. And girls below 12 can wear gowns.

3. Photography is not allowed inside the temple.

The mystery of Vault B: The temple has six vaults and each one is labeled for documentation purposes – Vault A, B, C, D, E and F Vaults. Till now each vault is opened, except vault B. During the process of opening these vaults, officials found Gold, diamonds, gems, stone statue and thrones made precious metal worth around 1 Lakh crore.

But the Vault B remained closed due to the belief that this vault could make Lord very angry and annoyed. This belief strengthened after the death of the petitioner.

There two doors apart from the main door which protects the Vault B. The third door is inviolable by Garuda Mantras.

It is believed that this vault has many hidden treasures. In past, the vault B was trying to open on many instances – 2 times in 1990 and 5 times in 2002.

According to the saint of the temple, the door of the vault is protected by the snake God and other supernatural divinities. Centuries ago, when the officials attempted to open Vault B, they heard some mysterious and scary sounds. According to the saints, the door has sealed by the Garuda Mantra. And only a priest with accurate knowledge can open the door by chanting the Garuda Mantra. Any attempt to open the door using modern technology is believed to invite the potential wreck of the whole world.

Check out: Mystery of Mount Kailash The size of the main deity of the temple is so big that pilgrims can view through the three doors. From the first door, one can see the head of diety, from the second door pilgrims can see the lotus blooming from the navel of Lord and from the last one his feet can be seen.

It is one of the shrines where Lord Vishnu resides in Anantha Shaiya, which depicts the emergence of Lord Brahma seated on lotus blooming out from the Navel of Lord Vishnu.

It is the world’s richest temple.

On the occasion of the Lakshadeepam festival, Sree Padmanabhaswamy temple lit up with one lakh oil lamps all around its structure and across the temple premises. This festival takes place once every six years.

When is the Best Time to Visit Andaman and Nicobar Islands 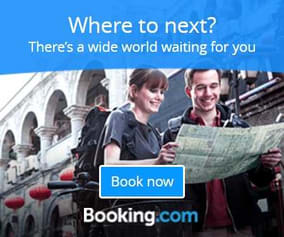 The 25 Best Honeymoon Destinations in the World